The Truth Inside the Lie – Nina Munteanu

The Battle of Grunwald and the Fate of the Teutonic Knights

My part in this piece of history really started sometime in 2008 with the vision of an incredible image by Croatian artist Tomislav Tikulin. It was the image of a magnificent knight, standing in a war-littered mire and gazing up, questioning, at the vaulted ceiling of a drowned cathedral. A great light shone upon the knight in streams of white gold. It sent my imagination soaring with thoughts of chivalry, adventure and intrigue. Who was this knight?

With that image imprinted inside me, the next nexus moment came when I stumbled across a significant but little-known battle in the medieval Baltic, the Battle of Grunwald. It would turn out to be the defining battle for what are now the countries of Poland and Lithuania. On June 14th 1410, they were still part of Prussia and tyrannized by the Teutonic Order, who were Christianizing the pagan Baltic on behalf of the Pope. In truth, the Order had been for centuries gathering wealth and land for colonizing Germans in their drang nach osten; they built sturdy castles (many of which still stand today) and a force of monk warriors, feared for their cunning strategy and treacherous combat abilities.

The Battle of Grunwald was, in fact, an upset in history. The Teutonic Order was powerful, intimidating and extremely capable. They should have won; but the peasant armies of Prussia slaughtered the Order, killing most of its knights. Historians debate that the hochmeister’s arrogance—indeed, the arrogance of the entire Order—precipitated their downfall. They underestimated their adversaries and got sloppy. After the Polish and Lithuanian armies outsmarted the Order and slayed their hochmeister, along with many of their knights, the Order’s own peasant slaves finished the job using clubs, pitchforks and stones.

Intrigued by this little known order of religious crusaders, I pursued the premise of an alternative consequence: what if the Teutonic Knights had NOT underestimated their enemy and won the Battle of Grunwald? Would they have continued their catastrophic sweep of North-east Europe into Russia and beyond? Would they have claimed the whole for Germany’s expansionist lebensraum movement, fueled by its sonderweg, a dialectic that would ultimately lead to the killing fields of the Holocaust? What if the success of the Teutonic Order helped consolidate a united fascist elite, ambitious to conquer the world? And what if, as a result, Nazism sprang up 100 years earlier?

The Last Summoner, arose from this premise. Enter our heroine, young 14-year old Vivianne Schoen, Baroness von Grunwald, a self-centered romantic who dreams that her ritter will rescue her from an arranged marriage to some foreign warrior. As a result of an impetuous choice, she makes the startling discovery that she can alter history—but not before she’s branded a witch and must flee through a time-space tear into an alternate present-day France ruled by fascists. There, she learns that every choice has its price.

Spanning from medieval Poland to present day Paris, France, The Last Summoner explores the sweeping consequences of our “subtle” choices. From the smallest grab to the most sweeping gesture, we are accountable for the world we’ve made. During her 600-year journey to save the world and undo the history she authored, Vivianne learns wisdom and humility. Through the paradox of history, she learns that what might have seemed the right choice for an immediate future, turns out to be disastrous for a distant future. To win is also to lose; to save oneself one must surrender oneself; and to save the world one need only save a single soul. The knight standing in the mire is Vivianne.

The Last Summoner, published by Starfire World Syndicate, was released in 2012 and remained a Canadian bestseller on Amazon for several months. It represents my first historical fantasy in an otherwise repertoire of hard science fiction. The Polish and Lithuanians celebrate June 14th with pride, erecting mock-ups of the battle annually. Some day I hope to participate. 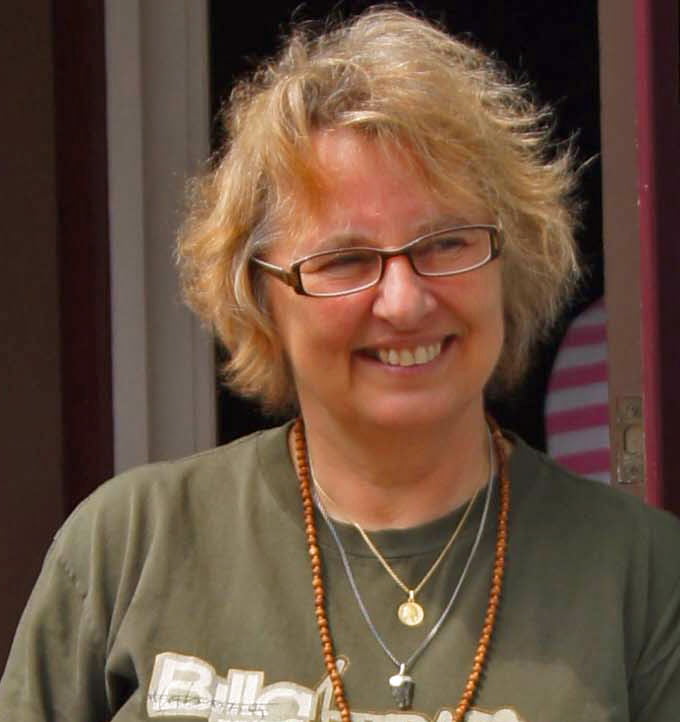 Nina Munteanu is an ecologist and internationally published novelist and short story author of science fiction and fantasy. She is currently editor of SF Europa, a zine dedicated to informing the European SF community. Nina teaches writing courses at the University of Toronto and George Brown College.

Her guide for writers called "The Fiction Writer: Get Published, Write Now!" by Starfire World Syndicate was adopted by several colleges and universities throughout North America and Europe. It was recently published by Editura Paralela 45 in Romania. The next book in her writing guide series "The Journal Writer: Finding Your Voice" was released in spring of 2013.

For more information about booking her workshops, consultations, or speaking appearances visit www.NinaMunteanu.com.

Thanks Nina! Next up Noah JD Chinn Prisoners of Gravity