Today we talk to professional stunt woman Laura Lee Connery, but before I jump into our final Women of Character interview, just a few reminders!

1. Our 10-stop review tour begins July 15th. Hosted by Tribute Books, you can read the full schedule here and find out how to win $25 in an Amazon gift card or PayPal cash.

2. Check out the cover for Wasteland Renegades, (coming soon!), and you’ll have another chance at a $25 Amazon gift card. Just in time to re-stock your bookshelf for summer reading.

Now, back to our incredibly awesome Woman of Character already in progress…

I met Laura Lee Connery on a film set, of course. Canadian by birth, Laura Lee had been working as a stunt performer in LA for several years but had decided to move back home to Hollywood North. She was talented and determined, as were most Vancouver stunt women, but what I loved about Laura Lee was that as much as she loved her job (and she LOVES her job), she always maintained an appreciation for life off the film set and never sacrificed her own identity for success.

WWC: Welcome to the Warpworld Comms, Laura Lee! Thanks for taking some time away from hitting the ground to talk to us about what it means to be a strong Woman of Character. Can you tell us what project or accomplishment are you most proud of?

LAURA LEE: There are two I am most proud of. First, I represented Canada  at the ’95 Extreme Games, in Halfpipe Rollerblading, and I placed 3rd in the world. There were 6.3 million people around the world watching and right before my run I thought I was going to puke and pass out. I took a deep breathe in and went went for it. I did well. After that I felt like I could do anything.

Second, I won a World Stunt Award for Best Water Work on Jurassic Park 3. After years of hard work and big stunts I was being recognized by my peers.

LAURA LEE: Olympic Gymnast, Nadia Comaneci; I wanted to be just like her.  Also, my Dad, Brian Connery. In his day, he was a top gymnast and top spring board diver in Canada. Today, he is 75 and still skiing double black diamond runs and trekking the Himalayas. He is also a wonderful Dad. When I was growing up, we were always doing something in the mountains, so I never watched TV or saw a fashion magazine until I was 18.

LAURA LEE: Not as a child. My father never let me get away with playing the girl card. He always believed I could do things and pushed me to try and never let me give up. I developed a belief in myself from that experience.

Later on, when I first discovered stunts, I asked how to get into the business. I was indirectly told by a female stunt coordinator that I would never make it. This was almost 20 years ago when there were very few stunt women in Canada. I am defiant and thought, “Don’t tell me I can’t do something…I will show you”. When I won my stunt award I thought of her. 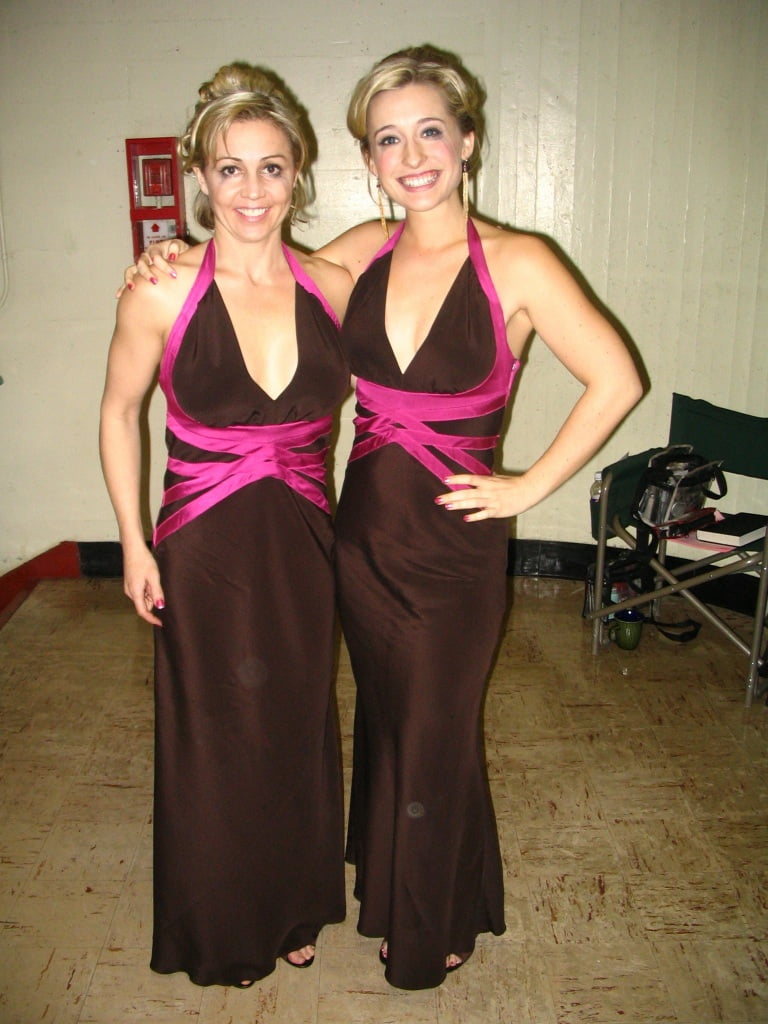 Laura Lee (left), as a stunt double on Smallville

My female agent in LA told me I would never make it in stunts because I don’t have a “flirty” personality. Defiantly, I decided I needed to succeed based on skill, persistence, and determination. I trained my butt off.

WWC: And it shows! Do you have a favourite female character–either in books, television, or movies? What do you like about her?

LAURA LEE: Shirley Muldowney.  Although this character in the movie Heart Like A Wheel, is based on a real person, I admired what she did and accomplished.  Being a woman in the 1960’s, she was determined not to take no for an answer, and went on to be a top fuel drag racer in a field of only men.  She was the first woman to receive a license from the National Hot Rod Association to drive a Top Fuel dragster.  She was the first person to win two and three Top Fuel titles.

What I admire about her, was her ability to push through female stereotypes.

LAURA LEE: A strong woman knows herself, believes in herself, and goes after what she wants. She takes action and pushes through the fear that holds so many of us back. She stays true to her values and expresses herself honestly and authentically.

[pullquote]The more you do the fearful/uncomfortable thing, the easier it becomes. Keep the goal in sight and be persistent.[/pullquote]

Really take a gook look at yourself and figure out what you want and what you love. Then go after it. Get a clear picture of your goals and the steps you need to take to achieve these goals, then take the steps. When fear comes up it is usually a fear of the unknown, so push through your comfort level and do the thing and it will become less fearful. The more you do the fearful/uncomfortable thing, the easier it becomes. Keep the goal in sight and be persistent.

WWC: What does the future hold for Laura Lee Connery?

Right now I am one of the top female stunt drivers, I hope to do this for years to come.

I have been challenging myself for years physically, now it is time to challenge myself emotionally – public speaking, for example. I would like to work on expressing myself better.

I have a dream of being a motivational speaker to inspire and encourage young girls to go after their dreams. I am not clear enough on this to call it a goal yet.

WWC: Here are a few clips of Laura Lee in action…

WWC: Well you’ve been an inspiration to me! Thanks so much for joining us Laura Lee, and we’ll look for you onscreen.

After completing highschool, Laura Lee moved to Vancouver, where she graduated with a degree in environmental studies. Always adventurous, she quickly became the Canadian National Champion in half-pipe rollerblading, and would go on to place 3rd in the world at the 95-97 X-Games. This experience took her to Los Angeles, where she discovered the world of stunts.

For five years, Laura Lee worked in LA, as a professional stunt performer on feature films and television. After meeting her best friend and partner, Canadian stuntman Duane Dickinson, she decided to move back home to Vancouver. Twelve years later, she continues to work there as a stunt performer.

Laura Lee’s extensive stunt resume includes films and TV series such as Twilight – New Moon, The Hulk, Jurassic Park 3, Smallville, Battlestar Galactica, and The X-Files. In 2002, she won a World Stunt Award for Best Underwater Work on Jurassic Park 3.  Over the last few years, Laura Lee has competed in Drifting, (a type of car racing), and now specializes in stunt driving.

In her free time, Laura Lee enjoys meditating, reading, traveling, walks with her dog, and spending time with friends and family. She has a special interest in Qigong, the Chinese practice of aligning breath, movement, and awareness for exercise, healing, and meditation.

You can find out more about Laura Lee at  www.lauraleeconnery.com

Thanks so much to all of our Women of Character who shared their stories with us. Are you a Woman of Character or do you know one? We’d love to hear from you.