Of all that we can lose, our life is the most precious. But what if we almost lose it? What if we come close enough to get a glimpse at what the world might be like without us? Today’s guest, Melanie Marttila, talks about a childhood brush with death and the loss that could have been. 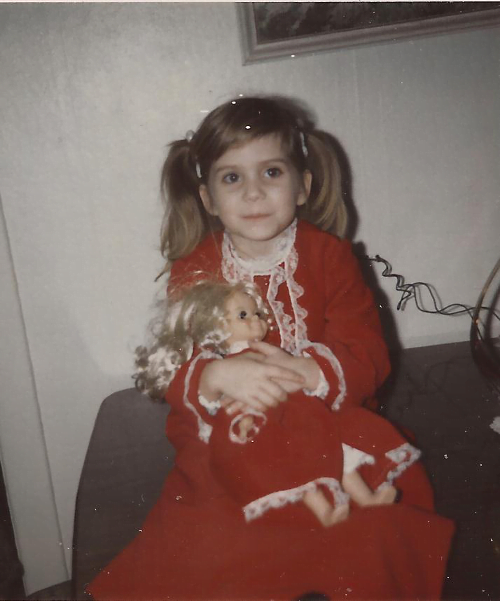 Tonsillitis is hell. The true infection, the one that leaves your four-year-old self screaming, the monster pain in your ears reaching back into your brain, your throat, latching on with needle-like claws, and shredding.

I remember trying to lie still on my side on the couch while Mom administered oil-based ear medication into my ears, one after the other. This would hopefully happen before the screaming started, was intended to pre-empt it. I’d squirm and whine while the medication slowly dripped into my ears, swallowed doses of liquid antibiotics and Tempra.

I remember once heading out in the car with my parents and maternal grandparents. I’m not sure whether it was just for a picnic, or if it was a day trip to a camp site, but it was a ways out of town. Mom hadn’t thought to bring my medication and just to spite her, my tonsillitis decided to act up. Big time.

Mom and Nanny (I had to have a different name for this other older lady who wasn’t the same as Grandma, my paternal grandmother) tried to calm me down in the back seat, but I was howling by the time we reached our destination and we couldn’t stay. I had to be returned home and dosed.

It quickly became apparent that surgery was in order. Though this was the time during which doctors tried not to perform tonsillectomies, my situation was serious enough that everyone felt there was no other choice.

I don’t remember anything about the surgery itself. I believe it went off without a hitch. After the operation, all seemed well, and I returned home enjoying ice cream, popsicles, and TLC.

In the middle of the night, I woke, coughing, had trouble breathing, the air moving in and out of me with a rattling slurp, the sound of milk bubbling through a straw. The next cough shot a black spatter onto my pyjamas and sheets. I couldn’t summon the breath to call for my mom right away, my first attempt emerged a thready burble.

Each stuttering breath and cough produced a little more noise, until I was shouting, “Mom!”

The light switch flicked on, momentarily blinding me, but one look at the blood and I yelled again, despite the jagged burning in my throat, tried to crawl back from it, but it followed. I was covered in blood.

My stitches had burst.

A frantic ride to the hospital and the doctor ordered me back into surgery and my parents out of the examination room, the male nurse assuring them that he could handle getting the intravenous inserted.

He sent Mom away. It was abandonment, pure and simple. A four-year old doesn’t distinguish between her parents leaving her and her parents being forced to leave her.

Worse, the nurse tried to stab me. I showed him.

Mom and Dad were brought back in, allowed to hold my hand, held my legs down, while the newly bandaged nurse taped my arm to a block of wood and did his worst. In the moment, I hated my parents for that, for letting the nurse hurt me.

I didn’t die, but I came close.

I don’t remember any of the iconic images typical of near-death experiences. No long tunnels.  No doorways of brilliant light. No voices of lost loved ones calling to me. No angels. No voice of God.

The road back from that second surgery was a long one. I’d ingested so much blood, I became incontinent in the most embarrassing way, my family doctor plucked clots of blood out of my ears and nose, and nothing, not even ice cream, tasted good for weeks. More courses of liquid antibiotics followed, which stained my teeth indelibly and made me self-conscious for years.

I have a picture of myself right after the surgery, pale, skinny. It was Christmas, but this was the closest I could come to smiling.

What’s stayed with me the most was the dream.

My first night home after the second surgery, I dreamed of my bed, empty. The cheery yellow and white striped flannel sheets, the blue wool blanket turned down, the dark wood frame with the toy cupboard built in. Just the bed in a kind of spot light, the rest of the room, dark. The image of the bed receded into the darkness and finally disappeared.

The feeling that I woke up with was that I had died, not that I really understood what that meant, but that I had ceased to exist in the world I had grown up in to that point and that the world I woke up in was a new one. I had a new life, too. A second chance.

Now, I’d say that back then I dreamed of one of those moments at which the infinite iterations of parallel universes converge. I turned left at the crossroads. The sensation was profound.

I also think it was the experience that set me on the path of the creative. I might never know for sure, but I feel that it’s true. 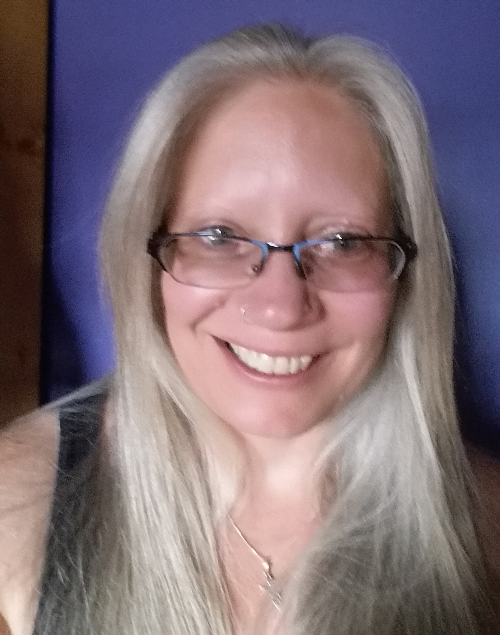 Melanie Marttila creates worlds from whole cloth. Ink alchemist, dream singer, and SFF novelist in progress, she lives with her spouse in Sudbury, Ontario, on the street that bears her family name, in the house in which three generations of her family have lived. Her short fiction has been published in Bastion Science Fiction Magazine and On Spec Magazine.

You can find her on Twitter @MelanieMarttila and on her blog, Writerly Goodness