On Loss – You Can’t Go Home

There’s an old superstition that bad things come in threes. Superstitions hang around for a reason.
It was 2003 and President George Bush Jr. had declared mission accomplished. I was stationed in a Republican guard base outside of Baghdad, wondering if anyone had told the Iraqis that the war was over. Granted, things had settled down from the initial invasion, there were no more intact Iraqi Army or Republican Guard units in the field opposing us and we went anywhere in Iraq we wanted (well to be fair, we went anywhere we wanted in Iraq even when Saddam’s army was opposing us), but there was still, call it resistance to American control over Iraq. That’s when my Gunny, my Squad Leader, and my Platoon Commanding Officer all showed up looking for me. If you’ve ever served or have any familiarity with military culture you know when all the authority figures show up looking for you it’s never a good sign. I was told I needed to see the Chaplin. That’s a really bad sign. See, among other things, the Chaplin is the designated bad news guy in the military. In my case, it was a letter from the Red Cross. My Grandfather had died while I was fighting in Iraq.

I was not as torn up about my Grandfather’s death as some thought I should have been. It’s not that my Grandfather hadn’t been present in my life–he had been there very often when I was a child and had taught me a good deal. How to fish, how to listen…things like that. The plain fact is that I had lost my Grandfather to Alzheimer’s years ago, and I had mourned him years before as I watched him slip away from us.

I won’t go into the details of my grandfather’s death, except for two things that will likely stay with me until I die. First, my Father went and saw him at least once a week, every week, without fail. No matter the weather, what was going on in his life, all of it, my father went. No one would have known if he had missed a week, or a month. Hell, my Grandfather wouldn’t have noticed, especially towards to the end! But my father did it anyway, even when seeing his father in such a state must have been a hot knife in the guts. People tell me I am brave but if I die showing half the courage my Father did in those days then I will be very proud of myself. Second, my last visit, right before the war. I knew I was going, my Father did, my Mother pretended she didn’t, my Girlfriend at the time dumped me rather than deal with it. I visited my Grandfather–more for my Father’s sake than anything else–and my Father left the room to discuss something with a damn nurse who wouldn’t go away. My Grandfather looked up and started talking to me as if I was my Father. He often switched us up. He told me that he was proud of my Father (thinking I was him) and proud of his grandson (thinking I was out of the room) but I needed to be ready because his son was going to war and he was going to come back hurt no matter what happened. I was floored that my Grandfather even knew there was a war coming. I thought he was worried I would come back shot or injured and I humored him thinking that the odds were good that I would not be injured. I never told my Father about that conversation. I simply cannot. I walked out of the war without a scratch on me. My Grandfather was still right. My Grandfather fought in the North African and Italian front in World War II. He was the only living member of my family with combat experience. I don’t let myself think about what might have changed for me if he had been alive and in control of himself at that time. Some thoughts are too sharp to play with.

There was in a tornado in Oklahoma when I was away at war. One of the causalities was my Father’s house. I didn’t grow up in that house, when you’re the son of two deaf ministers you don’t get a single house you grew up in. But it was the house I had lived in the longest, it was the first place I honestly felt was mine and it was gone. Completely, as if it had never existed. To be honest it was nowhere near as bad as it could have been–the entire family (even the cat and the dog) survived. I didn’t even find out about it until I got home. A high school friend found out I was coming home and called me so I didn’t get out of a taxi in front of a ruin. That serves pretty well as a metaphor for the whole experience that followed.

Not only was the house I considered home gone, but also the me that had left was gone forever. Going home had made me a stranger in a strange land. My friends from high school, many of them who had been very close, were now practically strangers. It’s not that they didn’t try, they all tried very hard to give me support and understanding, but… half the problem was me. I responded to the changes in me by trying to make them go away. I tried to force myself to be the same guy who had left and, in doing so, often made myself angry, listless, moody. Once, while walking down the street, a car backfired and I dove into a bush. Other times I would hear or smell something and would be unable to sleep for days as a result. My Father would wake up in the morning and find me staring at the front door and realize I hadn’t moved all night. I only started sleeping when I got a job at a factory working on air conditioners. Working long hours on heavy objects will make you tired to think the wrong thoughts. But eventually I was let go.

No matter how hard I tried to be the old me, it just wouldn’t work. I didn’t start to really adjust until I had moved out of Oklahoma to attend college in Arizona. Once out of Oklahoma, I was surrounded by people with next-to-no prior expectations and I stopped holding on to my own. That let me figure out who I was now, for better or worse. It wasn’t a short or painless process and I had a lot of help with that. A lot of help. I went back to Oklahoma to visit for the holidays and tried to tell myself that I was going home. I stayed there for 2 weeks. It was towards the end that I realized that while I missed my family when I was gone I couldn’t wait to leave and go back to the sun-blasted hell that is Phoenix. My home in Oklahoma was gone because the person whose home that had been was gone–lost somewhere in southern Iraq.
I still visit my parents and siblings in Oklahoma, but that’s all it is now–a visit to the place where other family members live. Not a journey home. 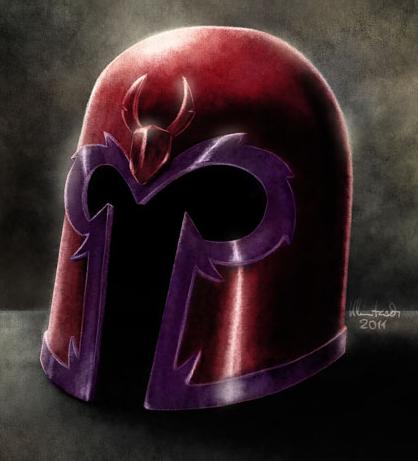 Garvin Anders, born in the 80’s to Deaf Pentecostal ministers, served as a Marine, worked in factories, Walmarts, fast food places and more.  He attended ASU until someone was silly enough to give him a BA in Anthropology. He currently works for an insurance company while tutoring ASL and writing strange blog entries.