On Loss – The Fear of Loss

Today’s guest has been an online friend of mine for several years. Charlie Hersman and his late partner Randy were two of our first Warpworld cheerleaders, and always a source of good cheer and inspiration. There really is no introduction I can pen that would capture Charlie’s journey, so I’ll step aside with much love and my humble thanks to my friend for sharing. 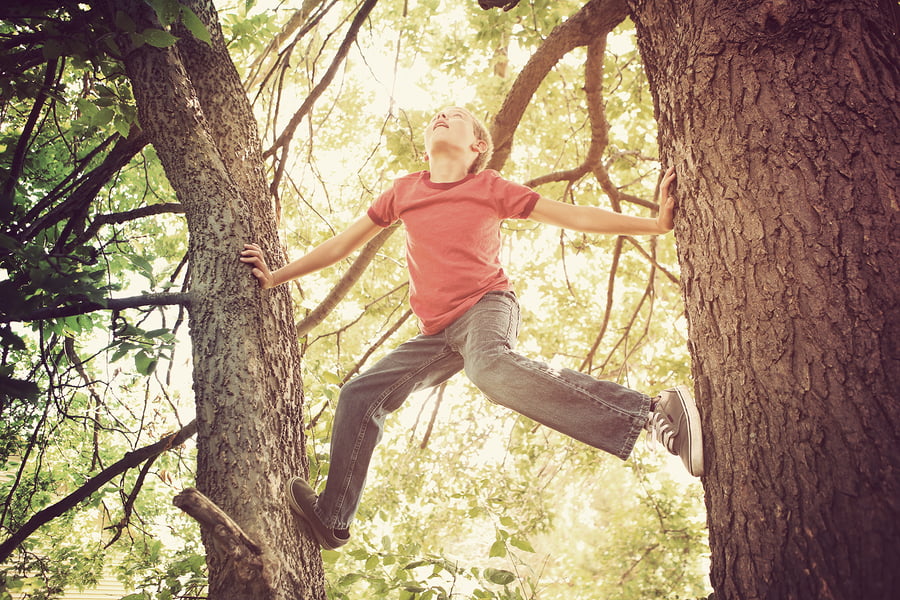 It seems like we can never quite recapture the shameless abandon of childhood once we become adults. Somehow, between the expectations of those around us and the insistence of conformity thrust upon us by society, we lose the ability to state with full candor who we are to the world and what we expect from it.

I have experienced many varieties of loss, but I remember the moment I lost my childhood fearlessness. I was born female and was a huge tomboy as a child. I was also an avid tree-climber. I climbed the highest and the fastest and no one could tell me otherwise. When I was twelve, we visited some friends in another state and they had a grove of trees near the edge of a cliff that was an absolute climber’s paradise. They had prime hand and footholds and I scaled them with an experience that my scabby knees could attest to.

I paused at the top to revel in my conquest before starting the descent – and then I froze. I was stuck. I had been stuck many times before, but this was different. I started shaking. I had never experienced a fear of heights, but as my knees locked and my stomach fell, I recognized it. I can’t remember how I got out of the tree, but I never climbed again. I developed a crippling fear of heights that lasted for years after.

While I matured my fears did as well, spreading their fingers into multiple areas of my life and evolving into self-doubt, body issues, depression, anxiety, and a general mistrust of everyone around me. I wanted to be a part of everything. As a child, I loved the spotlight and longed to perform, but I was repeatedly told to stop bringing attention to myself—that no one appreciates a show-off— and after a while I began to reflect it. I spent much of my young adult life hiding from the outside world, believing that I had nothing to offer and no one wanted to hear what I had to say.

In my late twenties I slowly began to branch outside of myself. I made myself promise to avoid turning down opportunities as they presented themselves. I joined an art guild and later took on an officer position within it. I volunteered as often as I had the chance. I accepted public speaking invitations. Slowly the shell I’d built around myself began to fall away.

The weekend of my thirty-first birthday, my partner began to experience the symptoms of what would eventually be diagnosed as brain cancer. For two years I cared for him, and in everything that shattered during the painfully long amount of time death took to arrive, the most important was fear.

Loss has a way of shearing away those things that simply don’t matter. I began to stand up for myself in a toxic work environment because I no longer had the patience to deal with inappropriate behavior in the light of losing my partner. I came to a realization of the short time I would have here and how I wanted to spend it. I packed up my life, selling my house and everything else I could do without, and moved several states away to start over.

Even as I write these words, I subconsciously worry about what they will do to my loved ones. Many of the people of my childhood do not agree with my life. I worry about hurting them, but I can no longer fear it.

There’s a new feeling inside me that’s so familiar, an old fire that can no longer be contained. The fear isn’t gone. It’s shifted. I fear living a life without ever really knowing what I could have done with it. I fear keeping my silence when so many around me are suffering alone. Rather than living a life cowering in fear, I will use it to propel me into action.

Loss tore me down, exposing the bone. It forced me to examine every part of my life, without the trimmings of polite society. Grief is raw and bitter, but it is honest. It will never lie to you, and it will not tolerate you lying to yourself. Losing my partner was the worst thing I have ever been through, but I am not convinced that anything less painful would have the edge to cut through the years of fiction so carefully crafted.

Loss took everything I had, and gave me back my courage.

Charlie Hersman recently relocated to Portland, Oregon, where he is currently in the servitude of a Pembroke Corgi and a cat. When he’s not paying the bills, he loves writing, photography, painting, singing, and has delusions of one day working as an actor. He is an active member of the Portland Gay Men’s Chorus and plans to continue expanding his involvement in the LGBT community in the Portland area.

You can find him on Twitter @CharHersman. Charlie’s photography is here and he blogs (he says infrequently) at Odd Crayon.