Culture and Conflict: To Believe or Not To Believe

On paper, my husband and I should never have met, let alone stayed married.

He’s a Texan redneck and proud of it, therefore comes preloaded with a God-fearing, gun-toting, conservative attitude. I’m a Toronto native from an artsy, liberal background, and if that isn’t bad enough (Socialized medicine! The metric system!), I’m also an atheist. Did I mention my hubby went to seminary school and planned to become a priest? Nope? Let me assure you, there was epic culture shock when we married and I moved from Canada to the USA.

The first time I saw him on his knees praying, it was a bit of a turn-on. Kinky, in a Dusty Springfield “Son of a Preacher Man” kind of way. Then I realized he was going to pray every single morning. The kink wore off and the doubts set in.

The relationship firmed up; by my thoughts on religion got wobbly. Was I really an atheist? What about when I toss spilled salt over my shoulder, or raise my arms to the sky and beg for fresh powder on the ski hill? Isn’t that kind of like believing in God? Or at least, the little gods, those of luck and weather. But, the Big Guy? Hmmm.

So, a move from a big city in a trending-secular country to a small town in the western USA happened. Noting that I was surrounded by Americans who loved God and Guns, I learned pretty quickly to stop with the wisecracks about bible-thumpers, or the invisible golden tablets of Mormon. Idaho is awash in Mormons, and most of them are very nice people indeed. Taken individually. One I know is a writer of gay paranormal romance complete with steamy sex scenes, but I think she’s lapsed. I was brought up Anglican, as close to Catholic as a Protestant can get. But everywhere in the States I see houses of worship of all sizes (mostly huge) and most of them are called something non-denominational like “Mountain Meadow Christian Center”, or “Grace Bible Church” or “Word of Life Home Fellowship” and so on. What do those even mean?

From what I can deduce, it’s really enough around here simply to believe in God. To have faith. To hold the certainty in your heart that God, and Jesus too, love and cherish you. Knowing the details of actual, historical religious texts isn’t a prerequisite to bathing in The Lord’s Hot-tub of Love. Oops, there I go being smart-assed again.

Another of my friends, on hearing me speak up and say that I didn’t believe in God, was able to “come out” as a non-believer, though she tends to keep her voice down. Perhaps she felt heartened, or protected, by the presence of another person of the same mindset. I’m getting less and less afraid to state my position as I build a group of friends I can trust not to shun me because of what I think. Because, after all, it’s just what I think. I don’t know.

So maybe I don’t have it figured out yet. But moving to the US and finding myself in a much more religious society than I was used to has made me confront that what-if nagging at the back of my superstitious hind-brain that maybe I should be careful not to piss off something that can squash me like a bug.

This sort of thinking comes out in my writing. After all, doesn’t belief in God imply belief in other supernatural beings? Ghosts, demons, shape-shifters? Several of my stories involve the notion of God, or gods, or the soul, or everlasting life. Religion is interesting. It’s newsworthy. It brings us together, it drives us apart, and it often kills us. What happens after we’re dead? None of us will know till we get there. In the meantime, I believe (if in nothing else) that it’s worthwhile to explore this very human worship-bump.

My short story Szabra’s Souls (Descant Magazine, Fall 2003) is about a young divinity student on a far-off world who must pass a test devised by Szabra, queen of a dead civilization. Szabra’s subjects have passed into another realm, an afterlife. Or is it merely a construct, a waypoint on the journey to true understanding? The test, my young human woman finds, shakes her smug belief to the core.

Of course, writers are most interested in their current work in progress. Mine (among other projects) is a young-adult novel, The Nightingale’s Tooth, set in an alternate medieval France. In this made-up version of Europe, the gods are real, and there are two kinds. One, represented by creatures such as centaurs, gryphons, and the like is the kind everyone can see, if they’re in the right place at the right time. Sometimes one gets captured, or gets involved in human life for its own reasons, or the unfathomable motives of the Great Gods. The Great Gods are the ones you really have to watch out for. Usually up to no good, they have little interest in the welfare of men and women. They are more like emotions made tangible than say, a white guy with a beard, or Gaia, or a stack of turtles. Maybe they’ll turn out to be aliens. I don’t know, I haven’t finished the novel yet. I’m still circling my characters around their needs and fears and desires, and while some characters are pure rationalists, others are controlled by the very Gods they only vaguely perceive.

What does this mean about me and my professed lack of belief? Am I a searcher and just don’t want to admit it? Does religion have a valid place in human society, or would it be best if we all realized it’s a delusion based on fear and ignorance?

It’s a complicated issue, but that’s what good stories are made of—complications, questions, what-ifs. I’m going to keep thinking, and writing, about it. 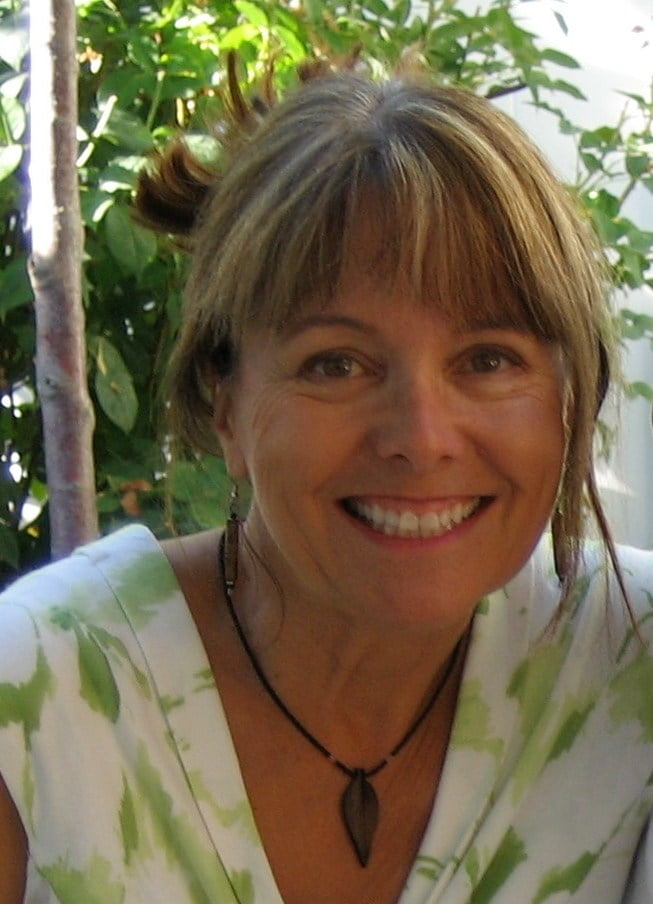 Sally McBride’s novels Indigo Time (Five Rivers Publishing) and Water, Circle, Moon (Masque Books) are available from the publishers, Amazon and other venues. An earlier novel, Remnants of Fear, is undergoing revision and is currently unavailable. Her short stories and novellas have appeared in such magazines as Fantasy & Science Fiction, Asimov’s, Realms of Fantasy, Northern Frights and many more magazines and anthologies. Her novella “The Fragrance of Orchids” (Asimov’s) won Canada’s Aurora Award and received Hugo and Nebula nominations. She has taught fiction writing and edited speculative fiction. Born and raised in Canada, Sally lives in Idaho with her husband and cat.