Why I Shunned Social Media (and why you should, too) 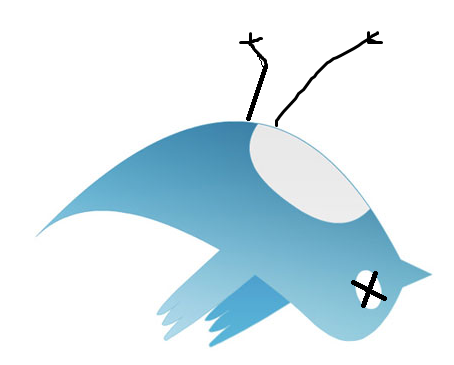 I wonder if any two words divide people into separate camps faster than “social media”? Do you embrace Facebook, Twitter, Pinterest, and their many spawn with zeal, or do you loudly proclaim their inanity whenever possible? These days, if you’re a writer who isn’t George R.R. Martin and you’re not on the social media bandwagon, you’re viewed as an unfortunate dinosaur by many of your peers. And even if you are on the bandwagon you’re going to be bombarded by blogs and articles telling you how to get on the bandwagon better! Stronger! Faster!

I’m leery of professional advice from people whose names or work I’ve never heard of. Long ago I decided that I wouldn’t dare to offer unsolicited writing advice to the general public until I was successful enough to prove that I knew what the hell I was doing. Besides, there are already lots of tools already out there for those wishing to improve their craft. (On Writing remains the one book I constantly recommend to beginner writers, even if some parts of King’s masterpiece are a bit dated, and if you ever get a chance to attend a workshop or class with Donald Maass I highly recommend you pounce on that like a rabid pitbull on a slipper).

What I do feel confident talking about, to new or aspiring writers, is the need to Just Say No to social media. (Note, this applies mostly to writers of fiction).

If you want to write as a career, at some point you will need to market your work and yourself, as soul-sucking a task as that may sound. You will need to build a fan base. Legacy or indie published, it makes no difference. Readers now have a sea of choices thanks to the miracle of ebooks and if you’re not doing something to get noticed, well, you won’t be. Social media is free, it’s simple(ish), and can be effective when used properly.

(Here comes my big but.)

If you don’t have a story worth selling, you are wasting your time. And wasting time online is both too easy and too tempting.

In 2009, Josh and I sat down (thousands of miles apart), to play with an idea he had shared with me, the seed of what would become the five book Warpworld series. I have never had much problem getting “my butt in the chair” but this was a new level of obsession. I was consumed by the worlds we were building, the characters that populated them, and the story that was unfolding beneath our fingers. In just under two years, we completed a rough draft for all five books. Hundreds and hundreds and hundreds of pages. We knew every main character intimately and many secondary characters as well. We understood the social systems of every world and culture as well as we did our own. We had maps and lists, images, songs, and family trees.

Through all this, I abstained from Twitter and only very occasionally popped onto Facebook. Never mind social media, social everything came to a screeching halt. I was 100% focused on the story, on the work, on the craft.

Well, I’m not writing this in my private castle, from my gold-plated jet, or between television interviews. There’s a long road ahead until Warpworld is a financial success, and even then there are no guarantees. What I do know is that we wrote, (and continue to write), a damn good story. A story worth selling. If Warpworld does one day enter into the ranks of bestsellers it will be because of the time and dedication we put into its creation and not because we are some kind of marketing geniuses, (we aren’t).

Not everyone will like Warpworld, and that’s fine. Some readers will hate it but some readers hate everything, (even Harry Potter has 1 star reviews). But, so far, the reviews are overwhelmingly positive and that will get us what no amount of author marketing can: word of mouth.

Finally, but most importantly, even if we never made a dime, Josh and I have a book we love, a book we’re proud of.

Have I been clear enough? No? Maybe Guy Bergstrom can convince you in this very entertaining article The secret truth about writing.

If you’re new to writing, you’re going to have a hell of a time developing your skills if your attention is on monitoring your Twitter feed, counting your followers, seeing how many likes you’ve accumulated on Facebook, or pinning images on Pinterest. When you work, shut all those time vampires off. Walk away. Write on a computer that is not connected to the Internet. Lose yourself in your imaginary worlds and the lives of the characters who inhabit them. Focus on what will make you a better writer and not what will make you e-popular.

I can hear the protests:

“But I see lots of authors tweeting all the time!”

And so can you, once you learn how to TELL A GOOD STORY. Until then, social media should be rationed like the last liter of water on a life raft adrift at sea.

“But I’ll lose my audience!”

You’ll get them back. As a nomad who has frequently hung her hat in very unplugged corners of the world, I can assure that the Internet, (and the world in general), has a short memory.

I’m not suggesting you cast off social media entirely. If you simply cannot live without telling the world what you ate for lunch, then please do…in your free, non-working time. Even then, set limits for yourself and stick to them.

Now, when you’ve learned how to tell a good story, and you’ve told it, and it’s time to sell that puppy, you can return to social media and decide how and how often you will partake. There are no hard and fast rules, though I highly recommend this blog post by author Myke Cole for some insight: Social Media – Worth it?

Of course, your job to TELL A GOOD STORY never ends, not if you’re serious about writing. But then, if you are serious, you already love your job and you should probably stop reading this rant and get back to it.