I was a bit concerned that after the WOW factor of my first SF/F con, last year, that little old VCON would seem kind of meh. 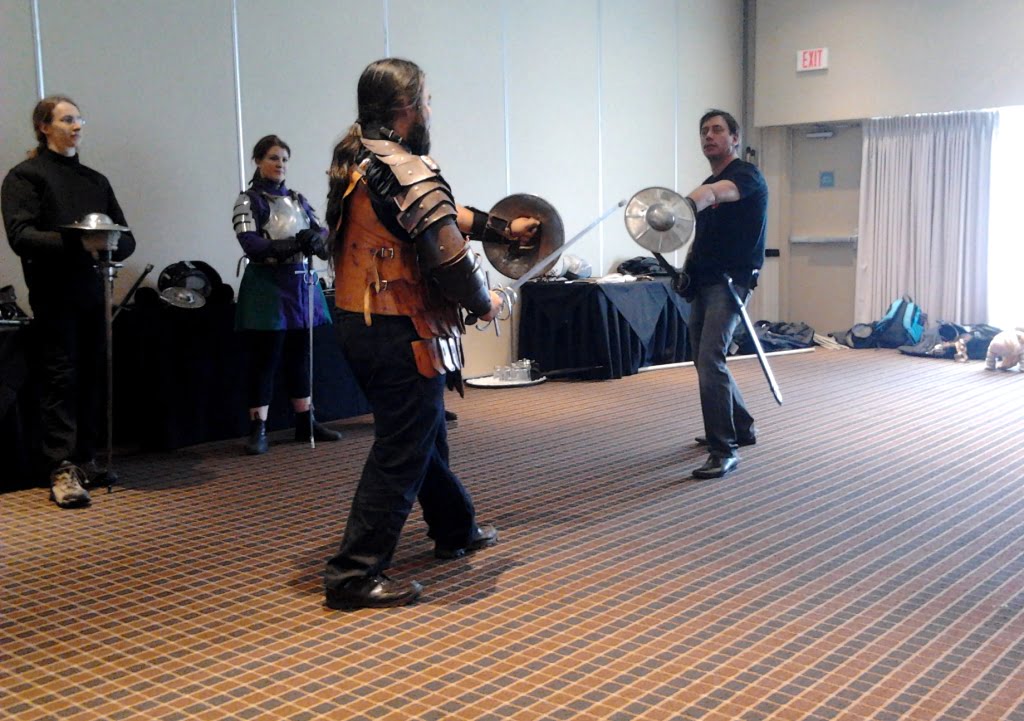 For starters, I got to be a panelist. Holy crap. It’s a good thing I didn’t get this opportunity earlier in my career or I may have abandoned Warpworld to become a professional panel member. Had I known that I could sit in a room full of people, talking about cool things I love with other cool panelists who also love the same things, occasionally making jokes that the audience laughs at…? ARE YOU KIDDING ME? Sign me up! Oh sure, I had some nerves at the beginning–sitting next to SF/F giant David Weber will do that to you–but once I got rolling I was in heaven. If I’d had a martini in my hand, I might have never left.

No, VCON doesn’t have the numbers or the sheer overwhelmingness of a con such as Worldcon but what it did have was the kind of welcoming, fun, slightly self-deprecating environment you would expect from a west coast Canadian Convention. At the Aurora Awards (Canada’s version of the Hugos), winners were informed that along with their trophies they were also to take home one of the teapots on the tables. Teapots. Seriously, does it get more Canadian than that? 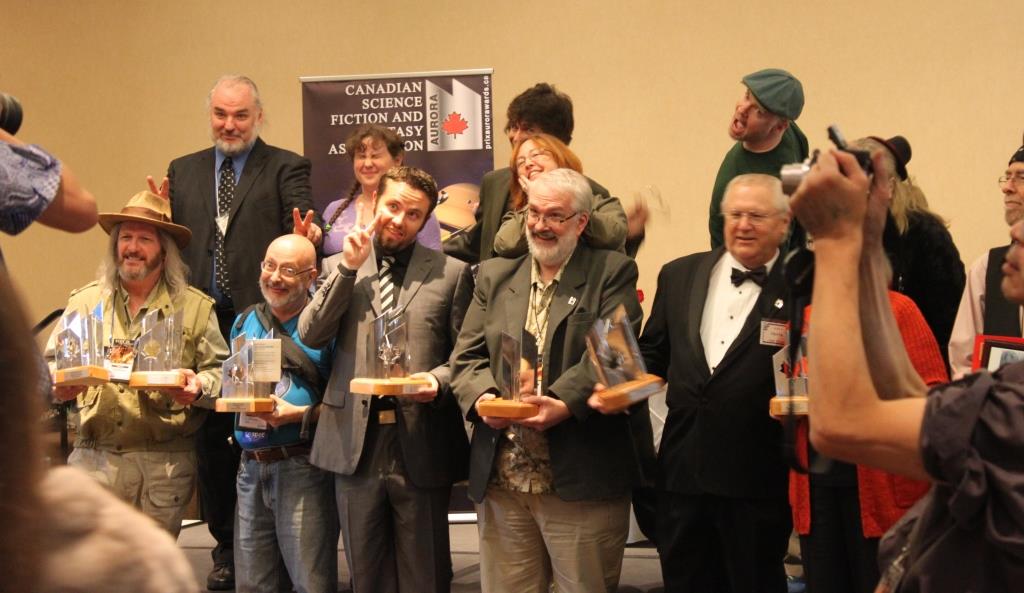 There were still lots of costumes and demos and the kind of weirdness I crave, but with a distinctly west coast vibe. 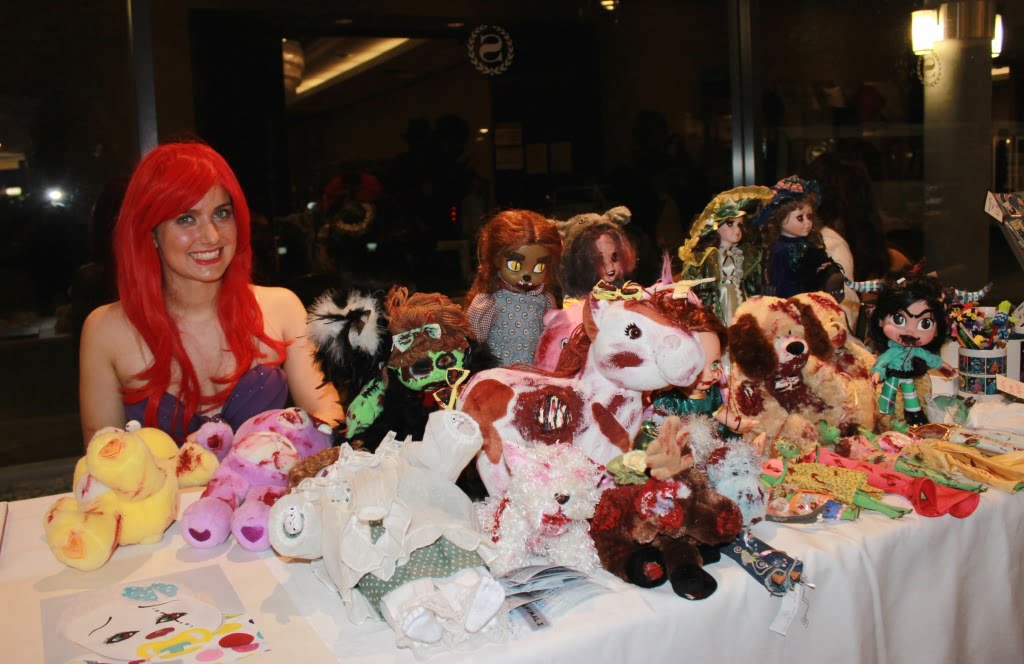 Social Mothra/Ninja-in-training/mom-to-be (very soon!), Sandra Wickham was back–both as the event emcee and schedule programmer and she had good freaking fantastic news. Sandra is starting her own writing event–CREATIVE INK–beginning with a "warm-up" April 25, 2015. Modelled after the hugely successful When Words Collide in Calgary, Alberta, this is a writing event you will not want to miss. Don’t worry, I’ll be posting details as they come in!

And of course cons are about making new friends and inflicting oneself upon old friends. I finally put faces to many of the SF Canada members I know only from my email inbox. It was a special treat to reconnect with Mark Teppo and Patrick Swenson, even if Mark did not credit me by name for the "heroine addicted snowman" prompt in his Live Action Slush story. Patrick, sorry we ate all your nachos. Lynda Williams and I zoomed past each other on a few occassions, but at least had enough time for hugs! 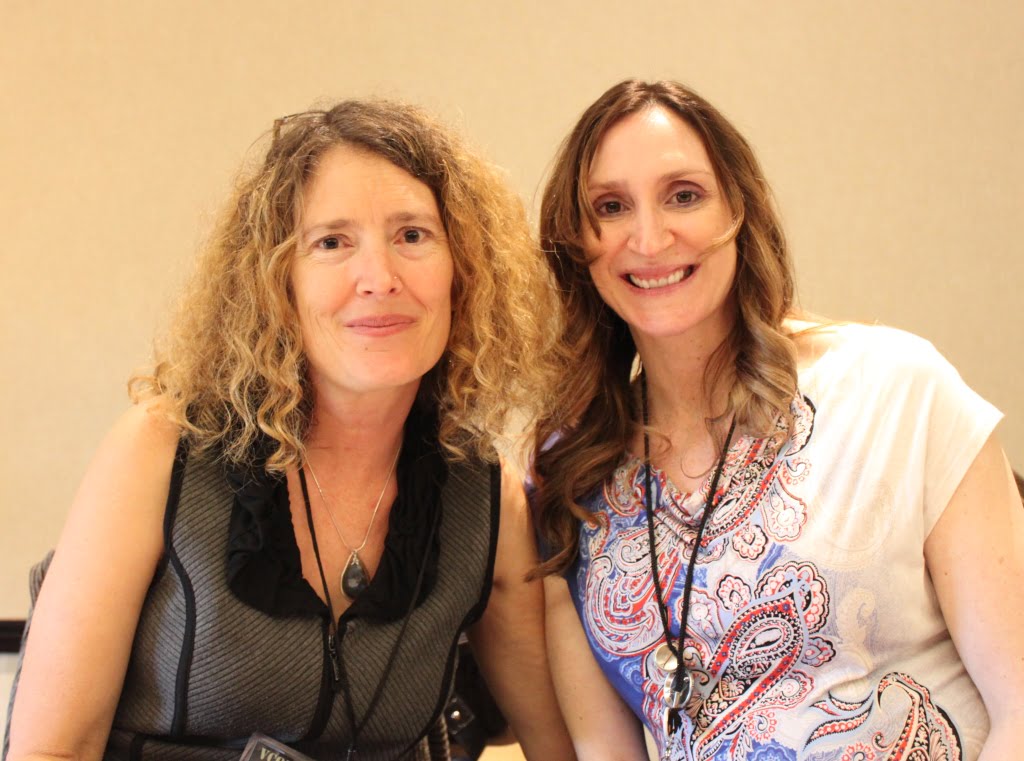 Continuing on the friend front, let me offer a giant toothy grin and wave to: Bennet Coles, Jane Ann McLachlan, Linda Demeulemeester, Katrina Archer, Ron Friedman, Lisa Gemino, Keffy Kehrli, Sebastian de Castell, Will McDermott, Brenda Carre, Danika Dinsmore, Kim Tough (a ghost from junior highschool), Jennifer Ellis (with whom, time spent was far too scarce), Barb Geiger, Tod McCoy, Susan Forest, and a whole host of people who I know I’ve forgotten in my rush to get this post up and get back to work!

Work. Must get back to work. But first…

A billionity thanks to all the organizers, guests, attendees, and fans who came together to make VCON 39 so much fun. And next year, well, you know how I said I really liked being on those panels… 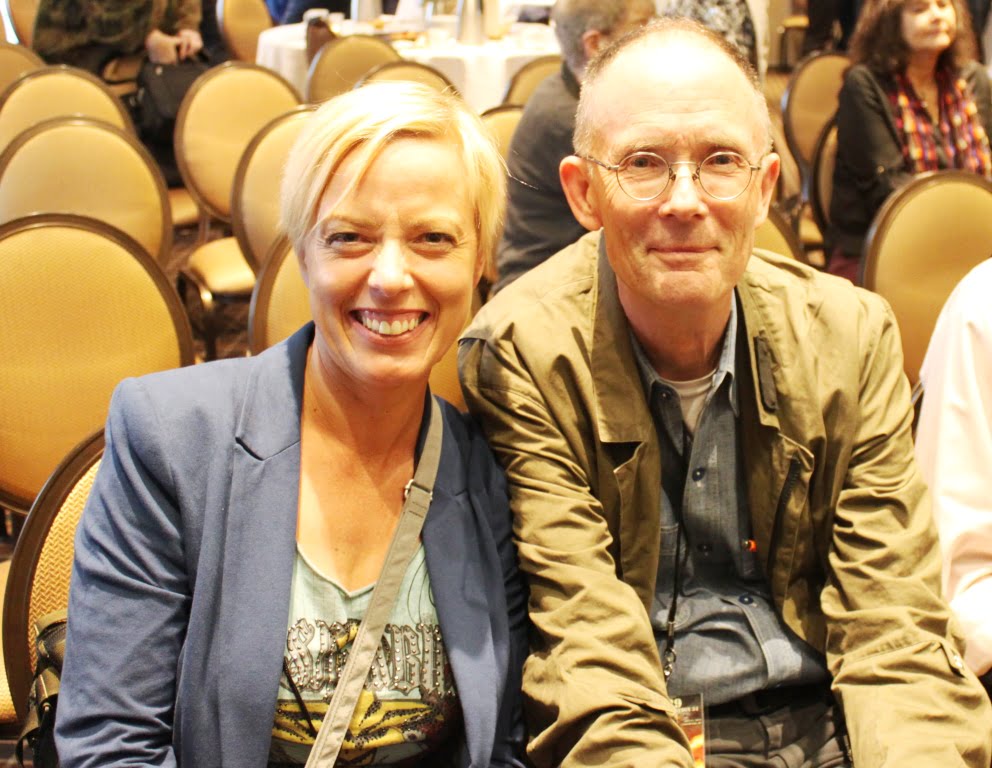