The State of the (Warped) World

There is no such thing as a hiatus for Josh and I anymore. Even while Warpworld was getting ready to extrans to the real world, we were hard at work on the second book. Now that that manuscript is off to the copy editor, we paused long enough for some well-earned high-fives, then got right to work on outlining the third book. So, in case you’re wondering where we’re at, the second book is being copy edited, we’re working on things like the cover art and various blurbs, discussing an audio book version of Warpworld, and outlining the third book. Whew!

Oh, and I’m also fostering a litter of motherless, three-week-old kittens from the SPCA. Because free time is overrated. 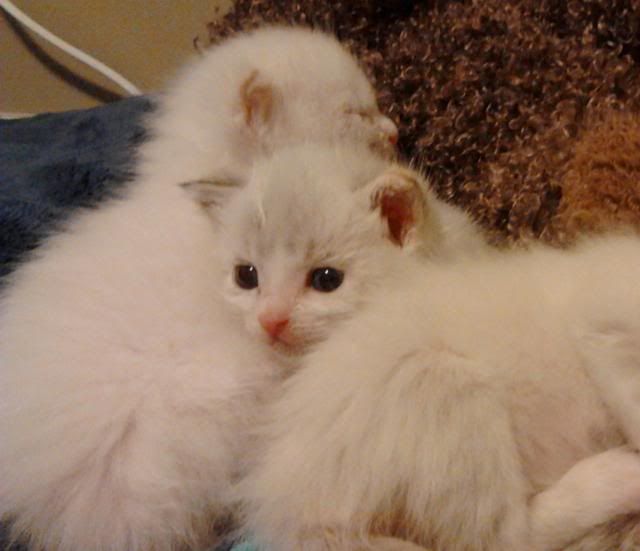 Keeping me busy between drafts!

We’re also going to be adding some new stuff to the website. You can now read reviews on the aptly-named Reviews page, and soon we’ll have a map page including an interactive map of Seg’s World. Expect a newsletter sign-up option soon – very non-spammy and infrequent Warpworld announcements delivered straight to your inbox! We’ll probably also offer another Goodreads giveaway when the second book is released and we may even host a contest or two of our own.

I don’t want to include any spoilers for the second book, but I can tell you that the story is going to take a direction you probably won’t expect.

In the meantime, you can always come chat with me on Twitter (especially if you want to see more kitten photos) @KristenePerron or  with both of us on our Facebook page https://www.facebook.com/warpworld

We love fan art and fan fiction, so if there’s anything you’d like to share with us, or if you’d just like to say hello, drop us a comm! We might be busy feeding kittens but we will answer you as soon as they’re asleep.