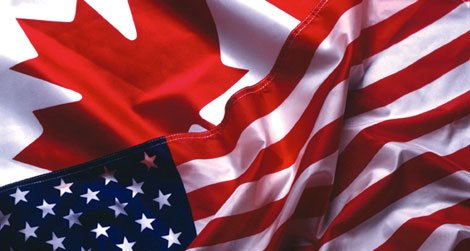 Most SF writers, editors, publishers, and readers would accept that the SF genre represents something of a different subculture, often at odds with the mainstream literary establishment. Much less recognized, however, are the cultural clashes within the genre. I’ve spent much of the last 35 years talking about the differences between Canadian and American speculative fiction. We tend to think of SF as an American genre, because it often reflects American values and themes, but Canadians write it too, and—unless consciously writing for the American market—their work is likely to reflect their Canadian values.

Here, then, are some of the characteristics that have made Canadian SF distinct from the American version of the genre:

Focus on environment/ nature over man

Back when John W. Campbell was editor of Analog, the typical American hero was an engineer who landed on an alien world, was presented with a problem, fixed it, and made space safe for democracy. Americans believed in progress, technology, and the rightful dominance of Man over Nature.

Canadian SF in the same period tended to the opposite: it was highly skeptical of technology and progress (as in, say, Gotlieb’s Sunburst), and portrayed Nature as dominant over Man. Whenever Man went up against Nature (e.g., Hargreaves “Protected Environment“) Man lost.

[Interestingly enough, as American society started itself to question these values, Canadian SF started to come into vogue. Having already mastered a dark vein of pessimism about the future, Canadian writers enjoyed some traction in the early 1990s. It is difficult to tell if that trends continues, as American writers have increasingly picked up the same themes.]

Setting often plays a more important, even a dominant role, in Canadian SF: e.g., Dave Duncan’s West of January; or Candas Dorsey’s “Sleeping in a Box” where setting is the story. One could argue (as Atwood has) that our focus on environment is because we live in a country where the environment can’t be ignored, but it makes for a slightly different take on SF than a vision based on terraforming.

The (bungling) protagonist as average citizen

American SF tends to feature the hero: a protagonist who is presented with a problem, sets goals to overcome the problem, struggles, and through dint of his own talents, strengths and effort, ultimately wins against the odds. The American hero is therefore an exceptional individual who is worthy of the story because they acted courageously and outsmarted or outfought their antagonist(s). They initiate the action and their own actions determine their success or failure. In brief, the hero is an alpha male, even when cast as female.

The Canadian protagonist, on the other hand, is often just an average guy caught up in events he neither controls nor understands. Canadian protagonists don’t do things so much as have things happen to them. If the Canadian hero has a distinguishing characteristic, it is not that they’re smarter or tougher than other people, it’s that they’re nicer. The story is not about winning or achieving goals so much as about managing to endure, to ‘hang on’. Whatever goals they may have had at the outset, achieving those isn’t usually where the story ends up.

That is, if the protagonist is even involved in the story:

Often the Canadian viewpoint character is not whom the story is about at all, but is merely a detached (often wry) observer. He’s not the captain of the starship, he’s the maintenance guy; he’s not the guy abducted by aliens, he’s the neighbour who saw it happen. One could see this as a result of our national inferiority complex: we do not picture ourselves as the adventurers who land on the moon, we’re the supporting roles in the background who provided the Canadarm. The position of detached observer does, however, provide the opportunity for a certain amount of ironic editorializing.

Or, to put it another way, Canadian SF is often written from the point of view of the alienated outsider. Again, this can be traced back to our national sense that whatever is interesting in the world is happening somewhere else. Alienation is, of course, a common enough theme in all of 20th Century literature; and a lot of SF uses the metaphor of the alien to confront readers with the ‘other’. What distinguishes Canadian SF is that it often presents the viewpoint character as the ‘other’; and then makes the astonishing suggestion that being on the outside might be a good thing. Take for example H. A. Hargreaves’ classic and widely reprinted story “Dead To The World” in which our hero finds himself locked out of his apartment, his bank account, and ultimately society because a computer error has listed him as dead. In spite of his hapless efforts to have his existence officially reinstated, he ultimately fails—but discovers instead that he is much better off ‘dead’. As Canadians, we often find ourselves the mere observer of world events dictated by our neighbours to the South; but are often just as happy we’re not involved, glad to remain on the outside, alienated but snidely detached.

The ambiguous Canadian ending flows somewhat naturally from the hero as average citizen: our hero gets caught up in events, hangs on, and gets dropped off more or less at random as the crisis subsides or moves on. Is the hero better or worse off? Hard to say—things are often just different.

Take, for example, Leslie Gadallah’s The Legend of Sarah. No one in the book actually achieves the goals they set out to achieve: Sarah does not get the dark handsome spy to whom she’s attracted; our male protagonist is immediately arrested as a spy and spends the rest of the book in a dungeon; his wife tries to rescue him but breaks into the wrong dungeon; their friends mostly give up on them and go home; and so on. We do get a sort of happy ending, because Sarah and the others come to realize they had the wrong goals when they started out, and things are better the way they ended up. (And also because the bad guys are even more incompetent than our side.) It’s an absolutely brilliant piece of SF, but it a very different approach then the typical American format of the hero triumphing over man, nature and himself to ultimately achieve his goals.

Of course, Canadians are interested in writing about themes that matter to Canadians. Take, for example, the archetypal Canadian fantasy, Guy Kay’s Tigana. No Canadian can read Tigana without seeing it as a compelling exploration of the consequences of denying a people their national identity, but that theme may not resonate in the same way or to the same extent with other readers. Of course, one can enjoy the literature of other cultures, but sometimes it is nice to see our one’s own culture reflected in one’s reading.

For Canadian readers, the issue is that it might be worth seeking out Canadian writers to see if perhaps these stories have extra resonance for them. My experience has been that when they discover Canadian content, they tend to say, “Hey, that’s what I’ve been missing!”

For Canadian writers, it’s important to recognize that when American editors, publishers and reviewers reject their work, it may be because it is un-American, rather than unpublishable. Hargreaves sent his stories first to John W. Campbell, who would send back two pages of hand written notes explaining what Hargreaves would have to change to get into Analog, and then say, ‘or, you could just send it as is to Ted Carnel’ (the editor of the British SF magazine, New Worlds) who did in fact publish Hargreaves’ work without change.

For American readers, it may be worthwhile to try something really different, but it helps if one goes in with that expectation: that if a writer has a bungling hero and an ambiguous ending, this might not be a mistake, just very Canadian.

One of the lessons I’ve learnt over the years is that whenever I make this presentation, I always have to include the following qualifications: